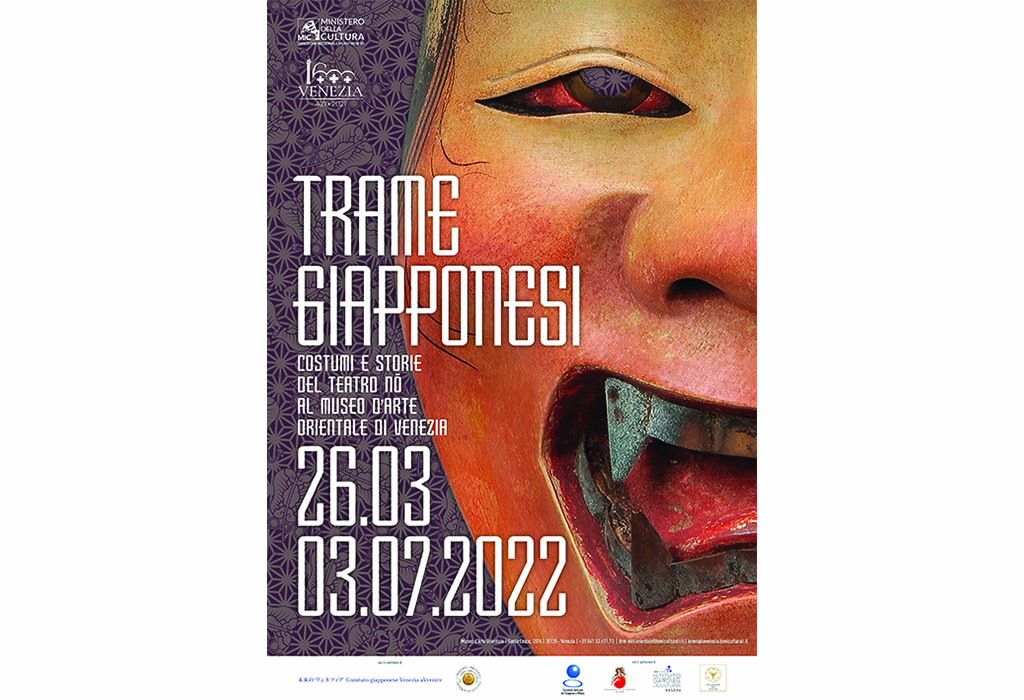 05 Apr Japanese Tales, Costumes and Stories of the Japanese Theater
by Renzo Freschi

Many of us would not have guessed that the first performance of Noh Theater in Europe took place in Venice in 1954. Now, after nearly 70 years, Venice turns again to that renowned Japanese theatrical medium with an exhibition in none other than the Oriental Art Museum at Cà Pesaro, Italy’s first museum dedicated to Asian art established in 1928. 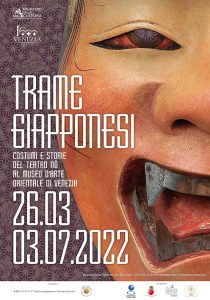 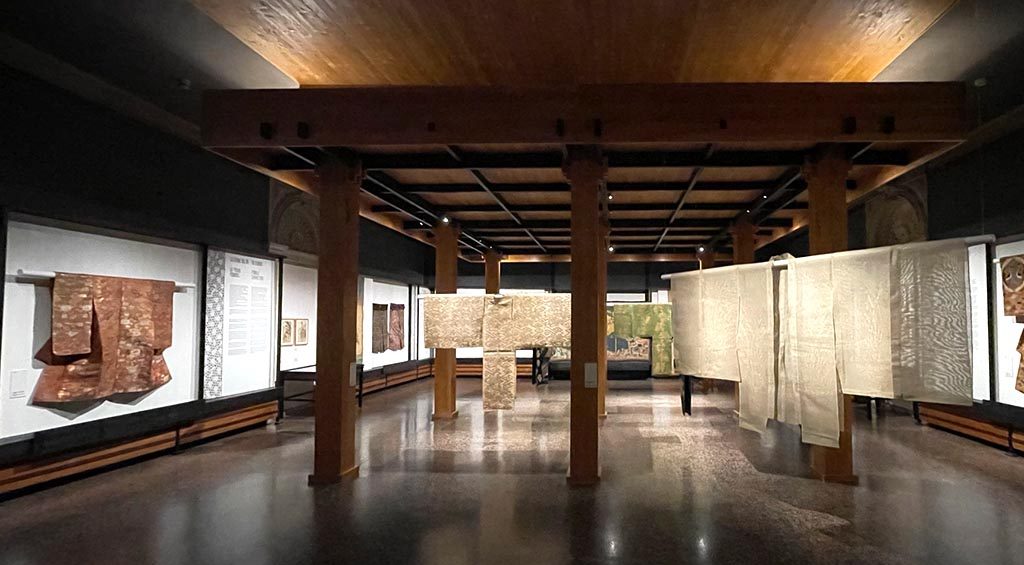 Marta Boscolo Marchi, Curator of the museum and the exhibition, has culled together costumes, masks, musical instruments, photographs, prints, and videos for this multimedia event allowing us to step into Japan’s oldest theatrical form.
For the first time the museum is displaying its extensive trove of kimonos, collected by Prince Enrico di Borbone Parma in Japan and Southeast Asia from 1887 to 1889. 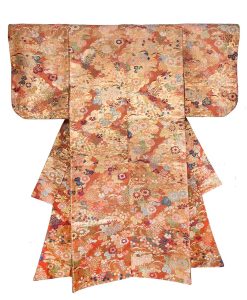 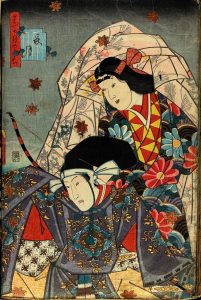 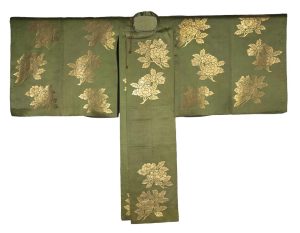 All are splendid examples of the extraordinary textile making techniques achieved by Japanese weavers, dyers, embroiderers that convey the image, often divine, to the actors’ costumes. The main hall where the kimonos are wispily hung in the open allow unobstructed views enhancing scenical effects in their geometrical shapes, delicateness, and rich colors.
In the same hall six theatrical masks are displayed.  These objects are considered sacred and introduce us to some of the characters in Noh theater–men, women, warriors, historical figures, afflicted creatures–who are overwhelmed by the weight of their unresolved conflicts.  Due to the artistry and expressive movements of the actors the audience is able to project within themselves a cathartic effect, and perhaps even untangle their own existential knots. 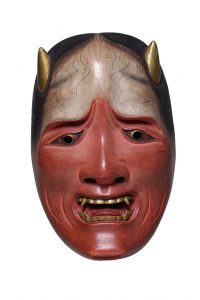 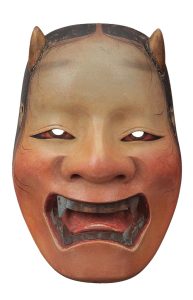 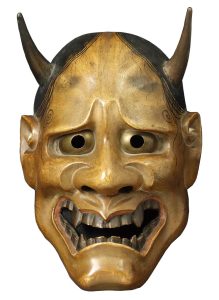 In another hall photos by Fabio Massimo Fioravanti are shown. After years of an “initiatory” wait in the spirit of Noh and Zen, he obtained the rare permission to take some photos, especially of the ceremonial dressing of the protagonist including when he raises the mask and places it over his face and looks into the mirror–signaling the moment when he leaves his ego and incarnates the depicted character.
Available is an informative documentary video by Giuliano Cammarata and Alessio Nicastro celebrating the spirituality of Master Udaka Michishige, one of Noh’s most famous actors.
The museum also exhibits an important collection of prints from Japan’s Edo Period (1603-1868), a wide range of weapons, armors, lacquered objects and boxes, jades, porcelains and works of Indonesian art. 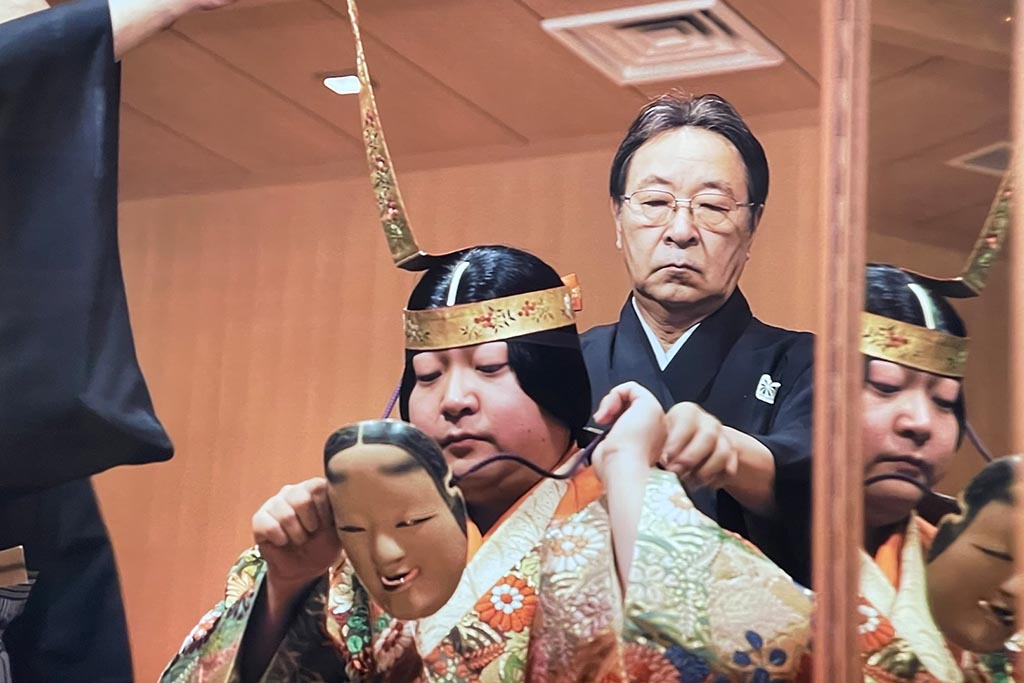 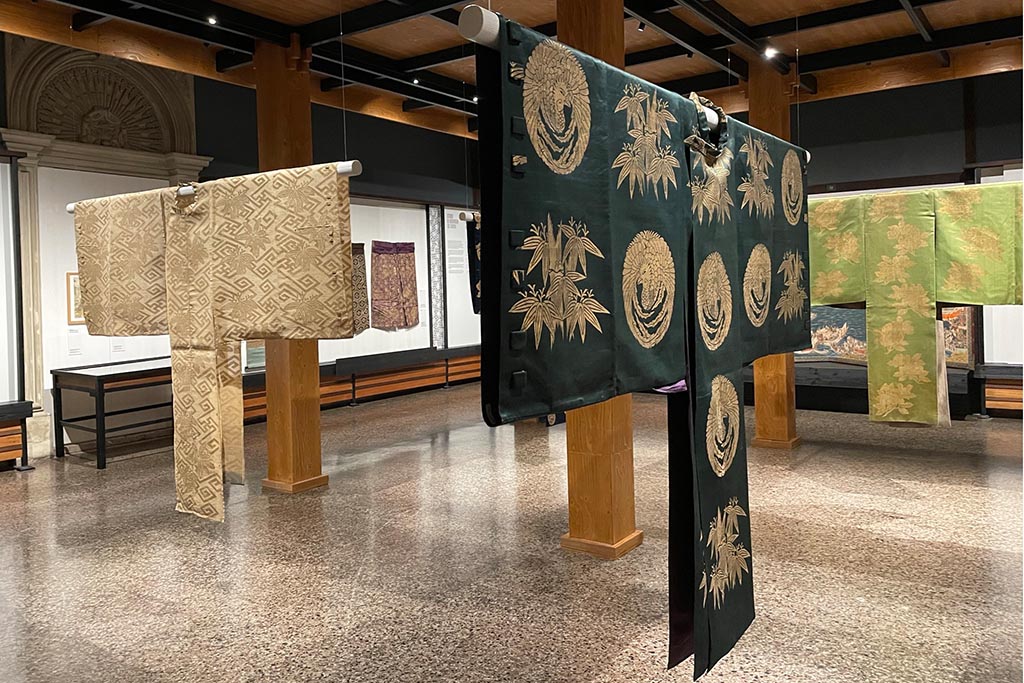 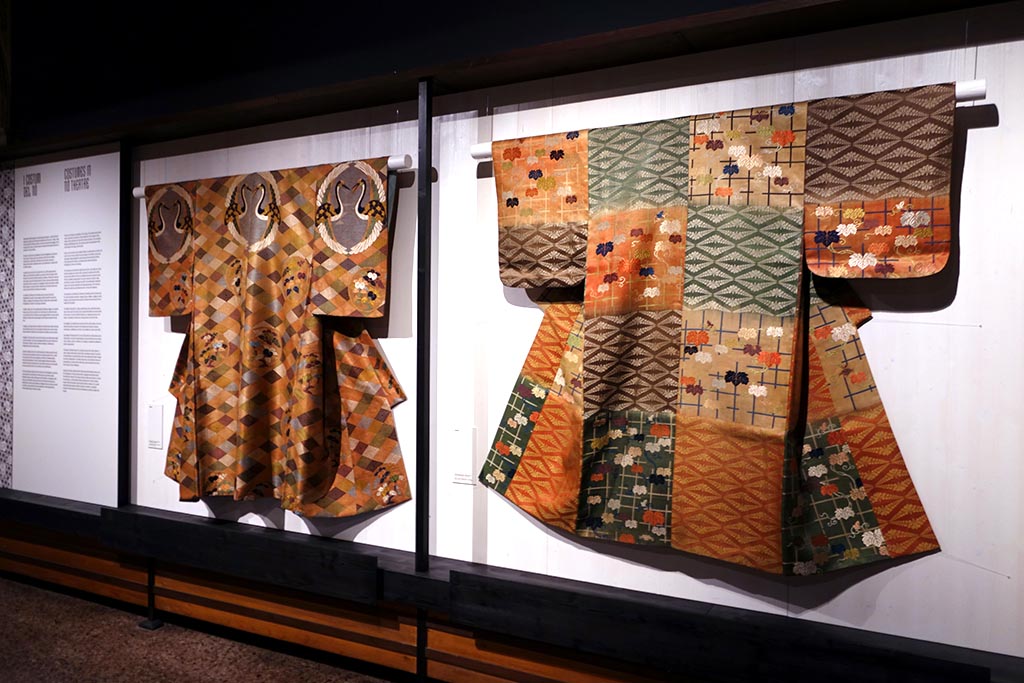 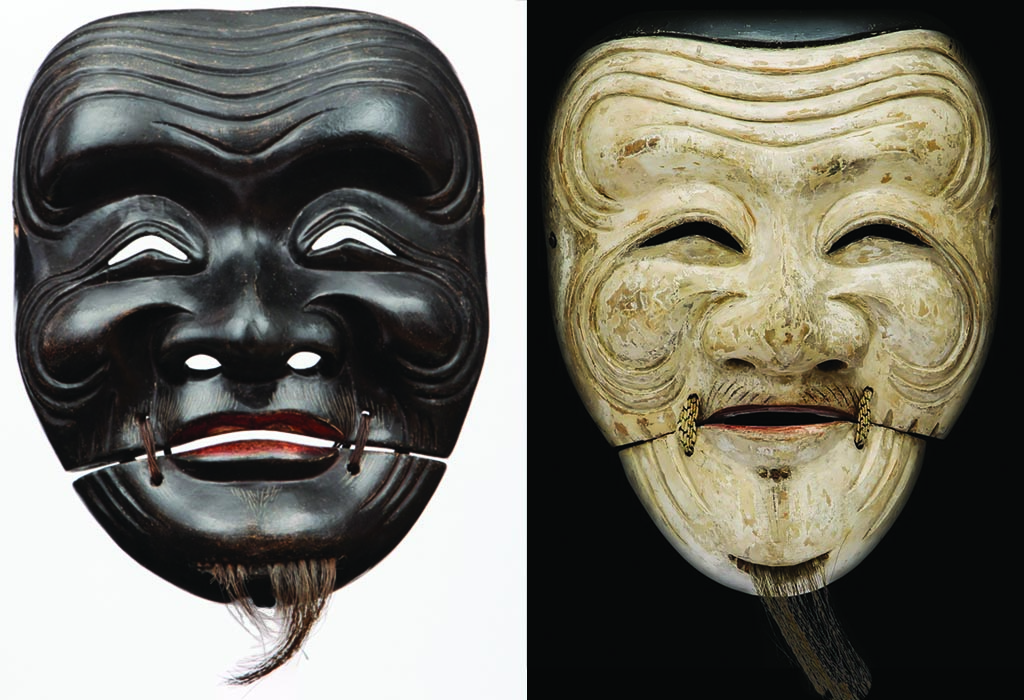 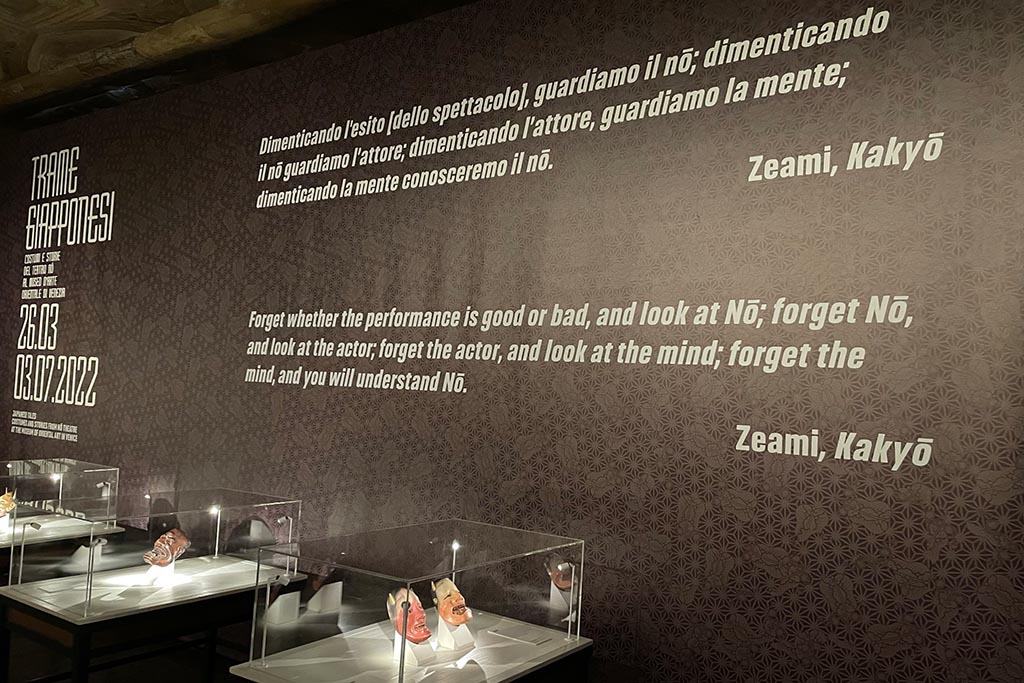 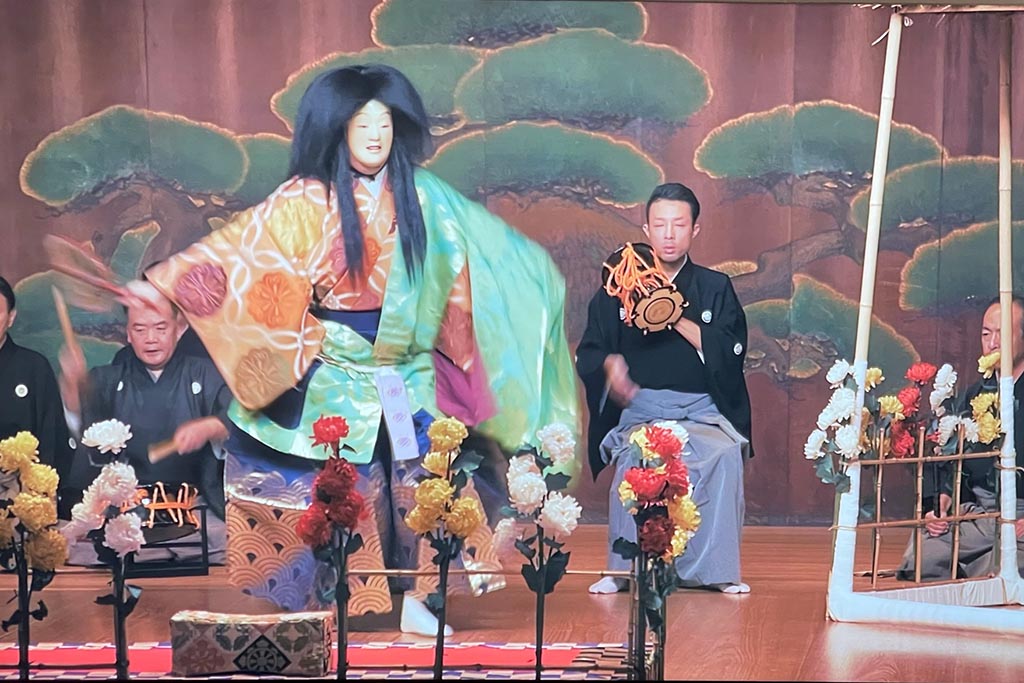 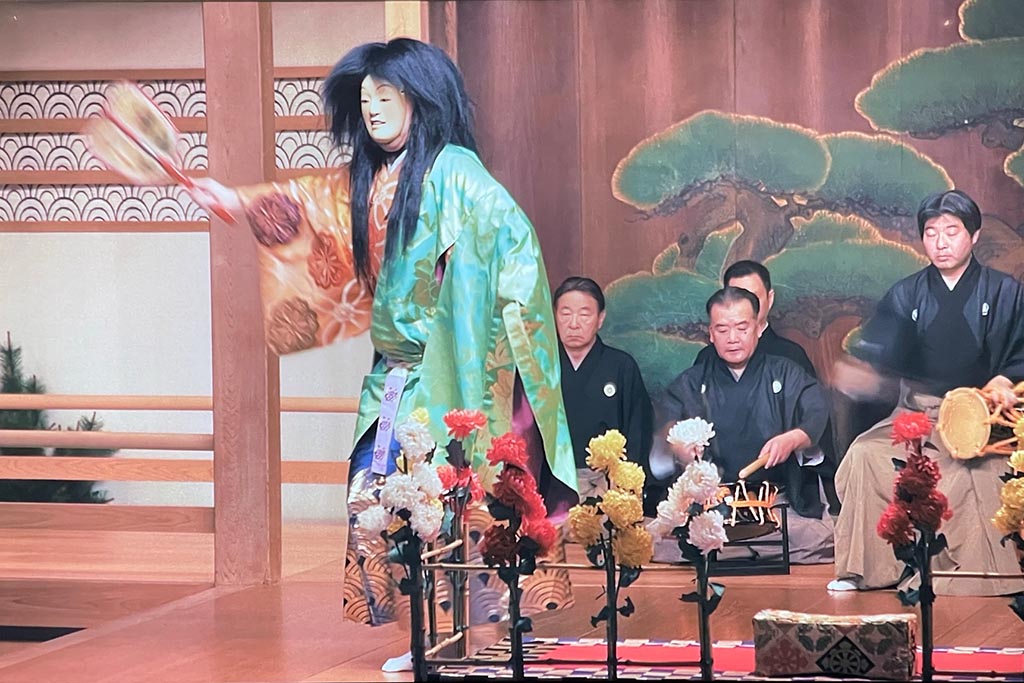