Inaugurated in Lyon in 2014, the Musée des Confluences owes its name to the fact that it stands at the confluence of the Rhône and Saône rivers. This huge and remarkable building of steel, concrete, and glass was designed by the architectural studio COOP HIMMELB(L)AU, famous for the “deconstructivist” style of their projects. 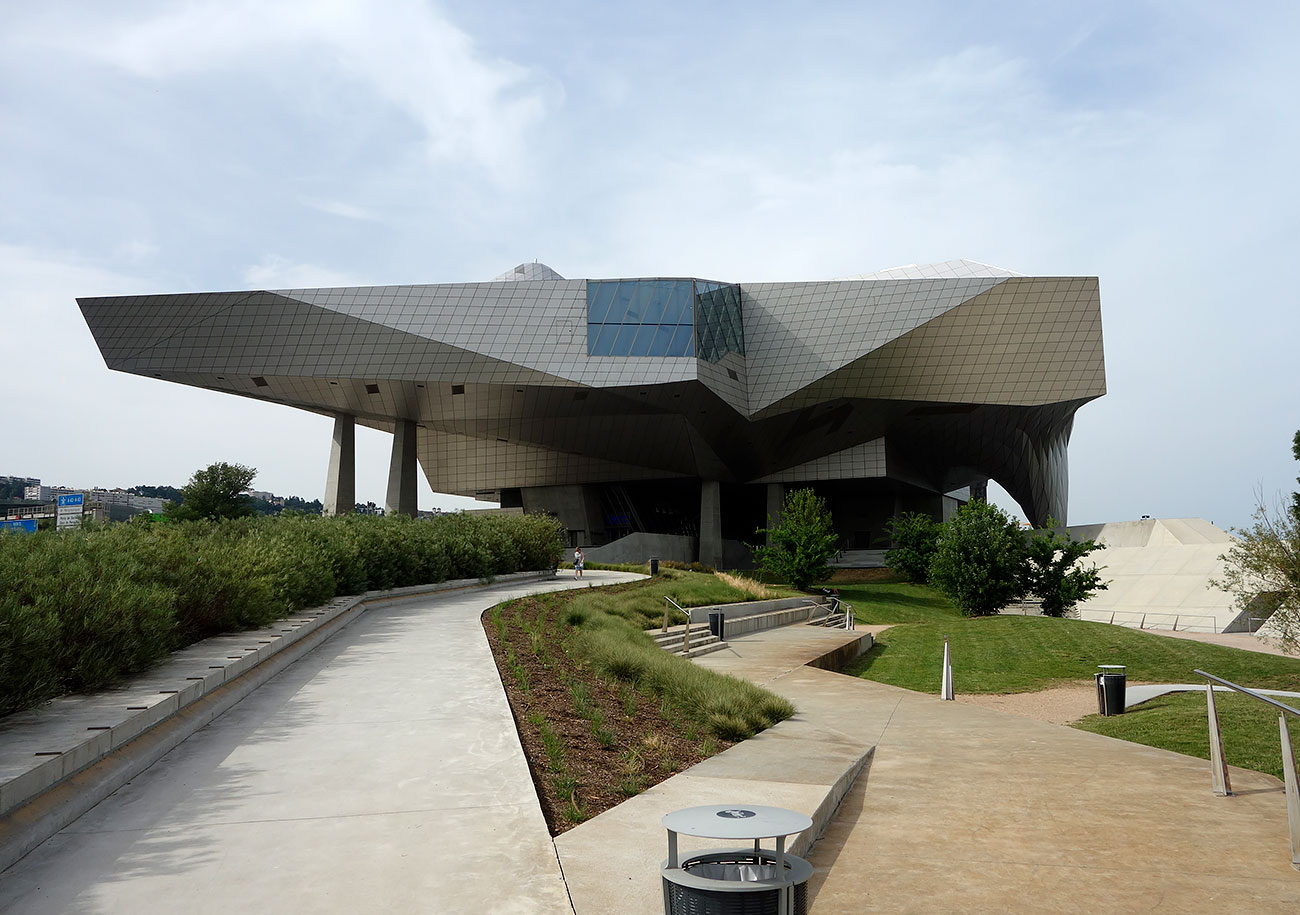 It is a Natural History and Anthropology Museum which organizes very interesting exhibitions staged with compelling and exemplary elegance. Visiting the two ample floors used for permanent collections and temporary exhibitions will not leave you cold or bored. On the contrary, it will be an exciting experience, so much so that even the presentation of complex themes like the origin of the universe or man’s evolution will turn out to be both stimulating and captivating. 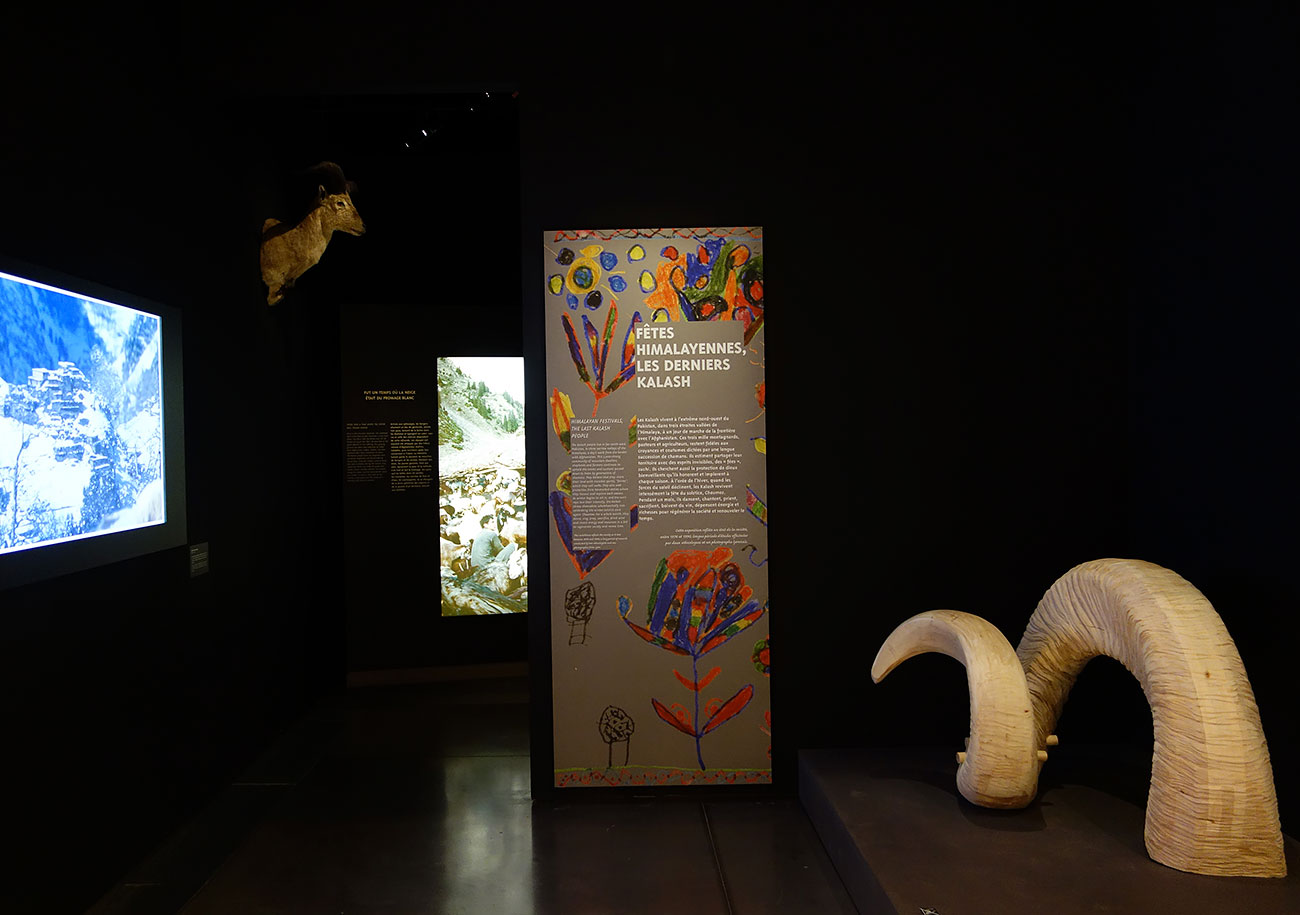 I had decided to go to Lyon to see an exhibition on the Kalash-Kafirs, one of the unachieved “dreams” from my trips to Afghanistan. I first heard of the Kafirs in the early 1970s, when they arrived in Kabul from Kafiristan–the land of kafirs, a derogatory term Muslims use for non-Muslims. I used to find furniture, objects, architectural elements and statues which left for Europe and the United States straightaway. 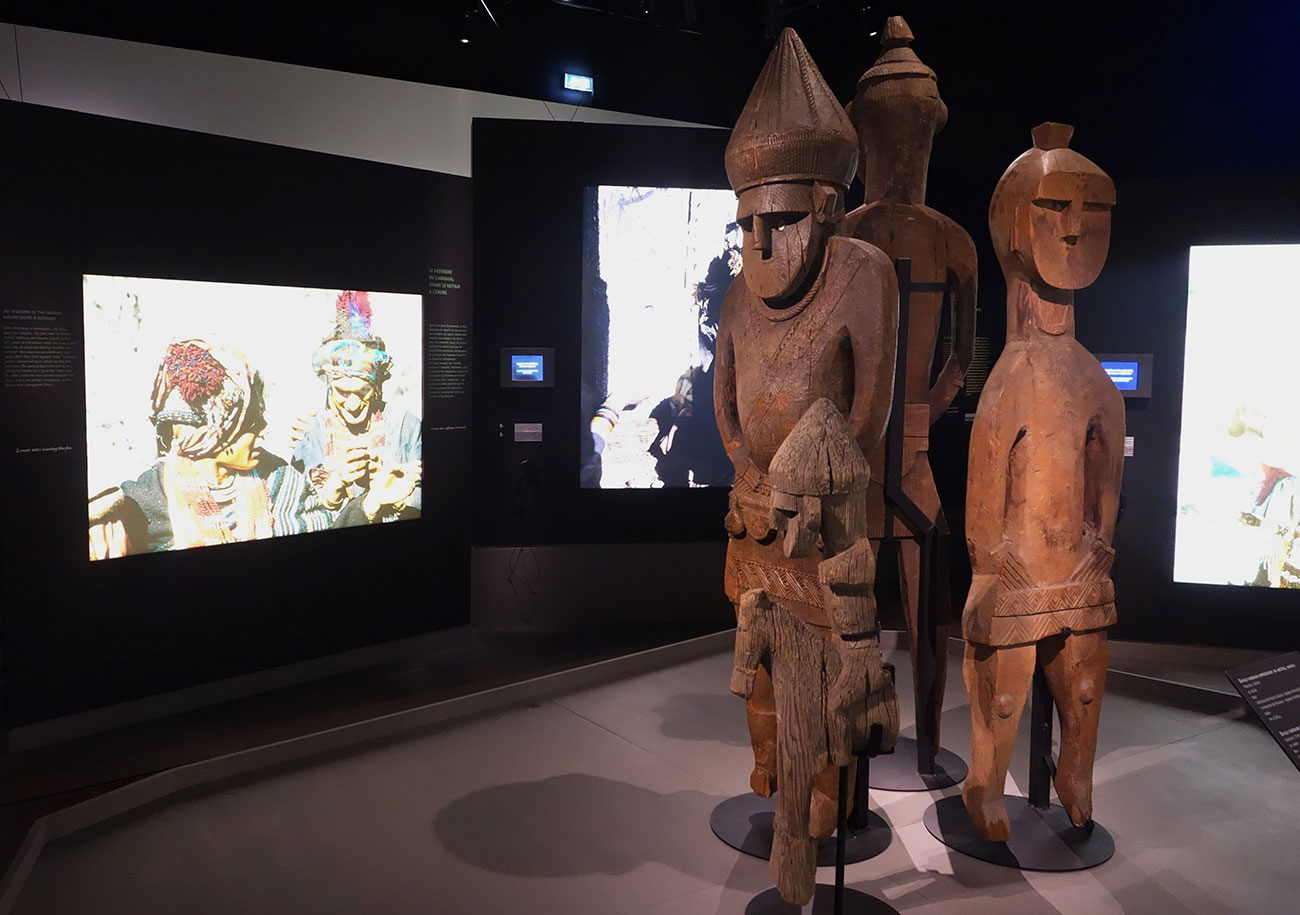 I had been enthralled by a culture completely different from the Islamic one, and I tried to learn more about a people which legend presented as descendants of the army led by Alexander the Great, a theory later disproved by DNA analysis. We simply do not know when these people, so markedly different from their neighbours even in the somatic traits–in fact it is not rare to see blond Kalash–, settled in the harsh valleys of the Hindukush, on the border between Afghanistan and Pakistan.

In 1885 Afghanistan and India (or rather England) split among themselves the Hindukush mountain range for strategic reasons in the “Great Game” (the fight for supremacy between the UK and Russia, which was looking for a port on the Indian Ocean) and in 1896 the Afghan Emir even massacred the Kalash people on the Afghan side with a view to a brutal forced Islamization. Only the Kalash of Chitral, on the Anglo-Indian side, escaped. 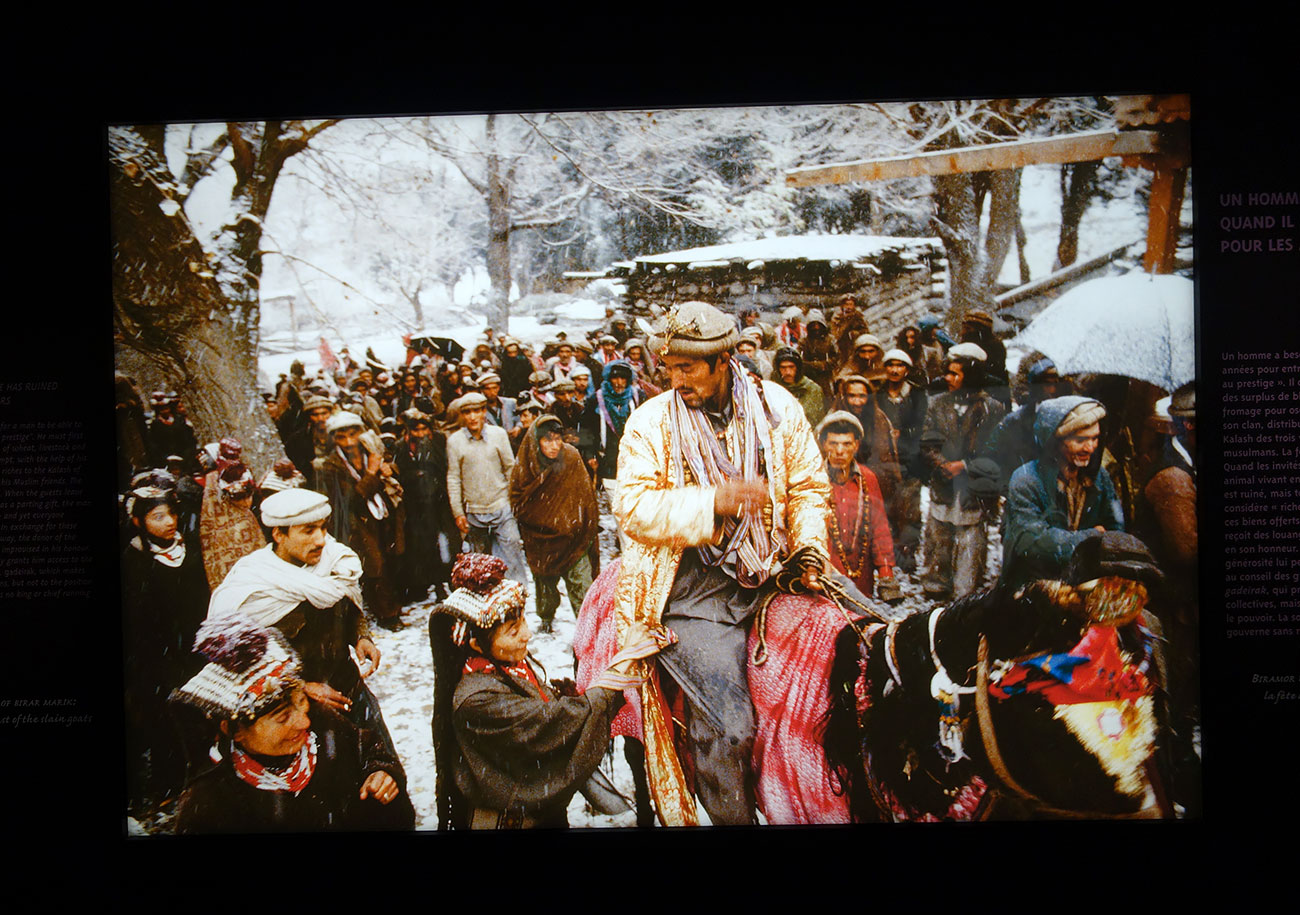 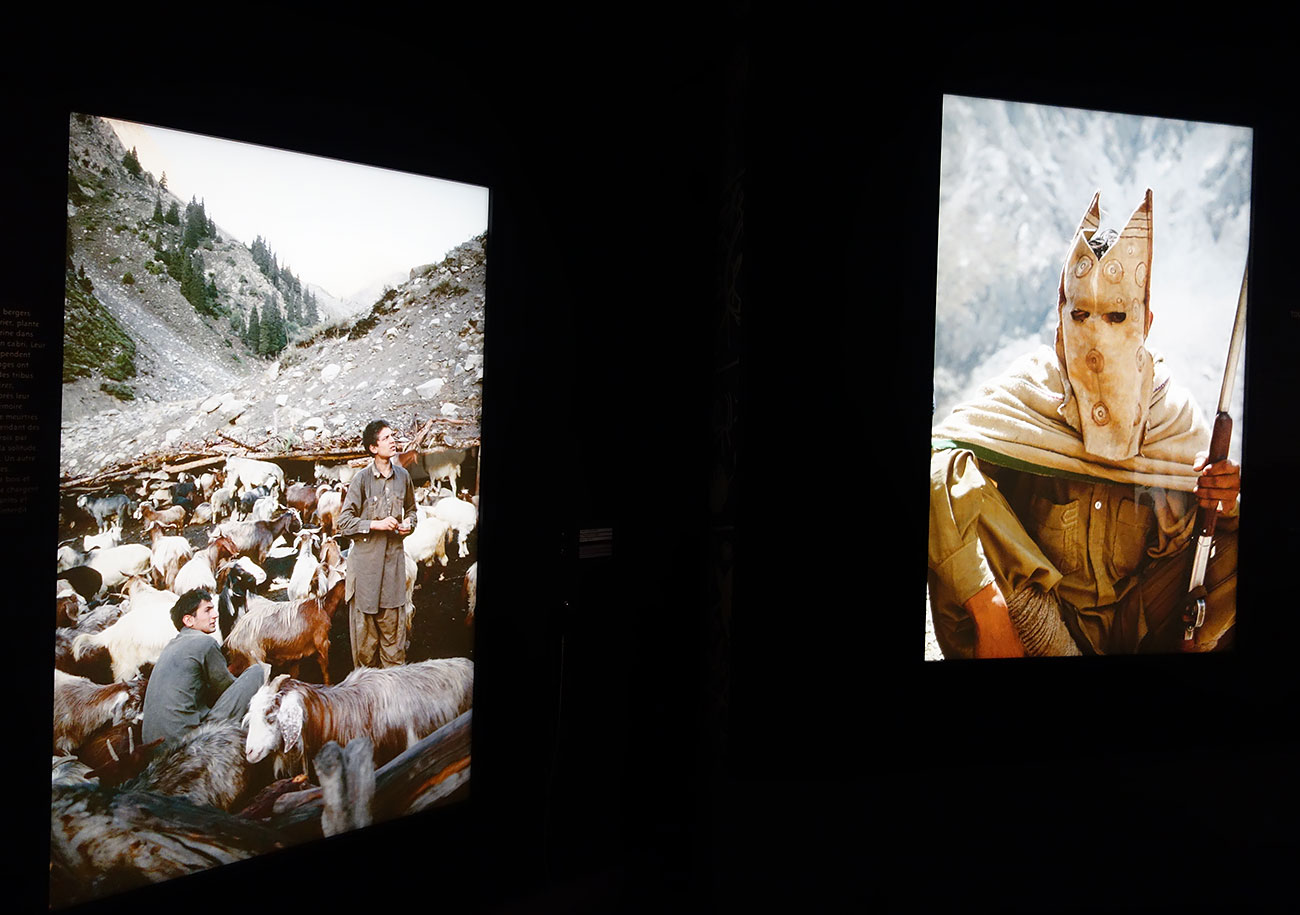 But let’s go back to the exhibition “Himalayan Festivals, the last Kalash”. Jean-Yves Loude is not just the exhibition promoter and curator, but with his photographs and together with the Kalash people he is the very essence of the exhibition. His (and his wife’s) adventure with the Kalash lasted 14 years, involving long stays in Chitral, living in their community and sharing their daily life, festivals and rites. It is probably thanks to this total experience and to his respect for the Kalash that Loude didn’t take a museographic approach (mainly focusing on works of art) but rather an anthropological one, in which his large photographs open to us the real world of the Kalash. A limited number of daily objects, carved totem poles, traditional costumes, statues and jewels from the Museo di Storia Naturale e di Antropologia in Florence and from the Moesgaard Museum in Denmark are accessory elements rather than main exhibits. Loude’s comments accompanying the most significant pictures tell us of the ritual use of wine, of the women’s freedom and their equal role in society, of the ancestor cult and shamanic rites of a polytheistic and animistic religion. But he also describes how a person’s or a family’s prestige is not related to personal power (a prerogative of the council of the elders) or to material wealth, but to the generosity of those who choose to donate the wealth gained during their lives to the whole community, by means of great festivals organized for this purpose. Stripped of its possessions the family will then be poor, but the honour will be great and it will be remembered for generations. The goat heads and the twisted horns carved on some house doors or on wooden objects of daily use (such as milk jugs, chests and architectural elements) testify to the acquisition of a good reputation, whilst standing figures and the large wooden riders next to cemeteries are the image of those who renounced “ephemeral” wealth in their life in order to acquire the community’s “eternal” gratitude. 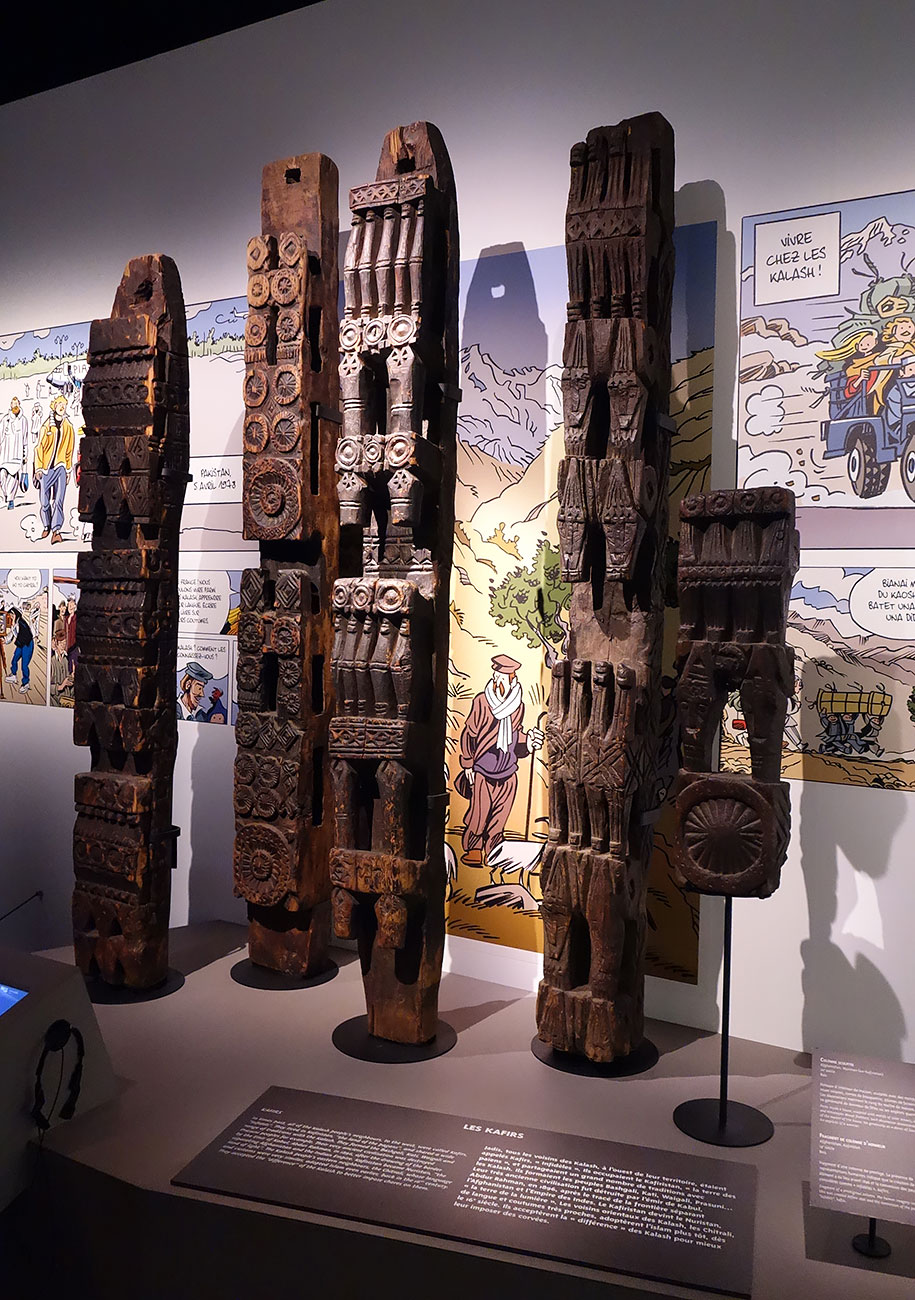 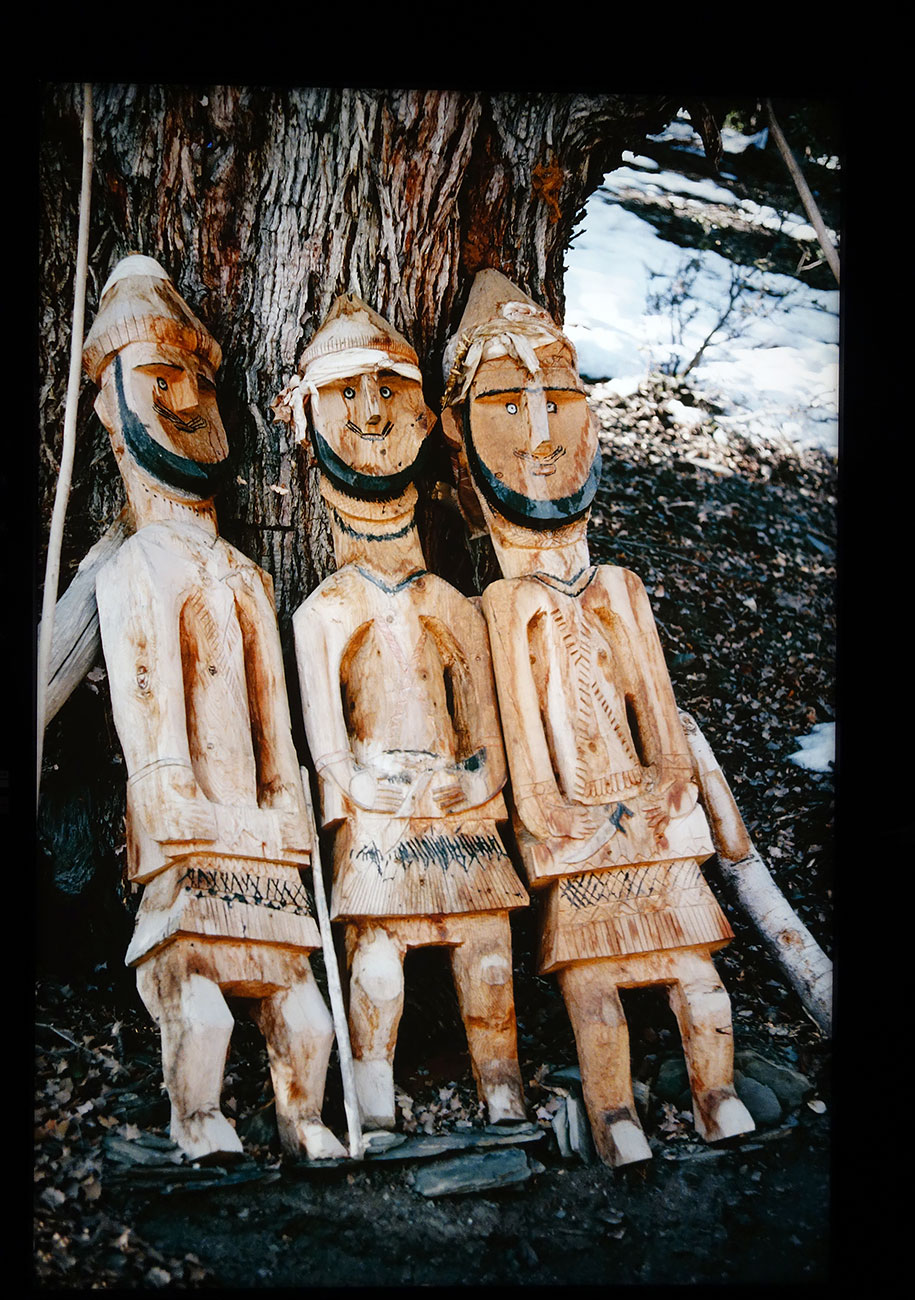 Rather than a traditional catalogue Loude chose to publish a booklet which, using photos and illustrations, describes his trips among the Kalash and their festivals and traditions like a long comic strip. The exhibition is a vivid testimony, the result of the love that Loude, his wife, and their friends continue to feel for these people risking extinction.

In the recently refurbished Museo di Storia Naturale e di Etnografia in Florence you can see the collection of Kalash statues and objects brought to Italy by the anthropologist Paolo Graziosi from his 1950s expeditions to Pakistan. On the web you can also view a film (in Italian) about the Kalash made by Graziosi in their valleys.