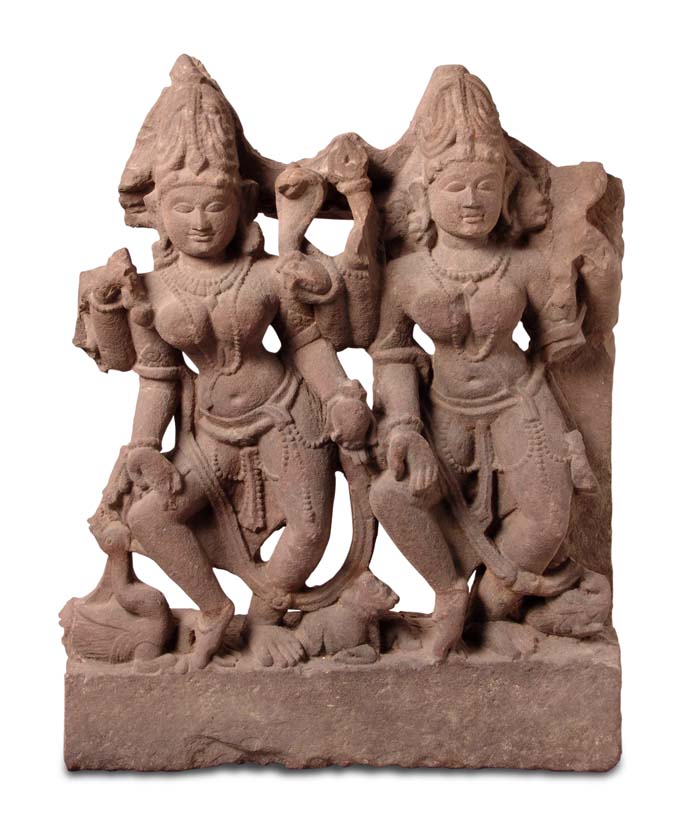 Maheshvari (left, with bull Nandi at her feet) and Kaumari (with a peacock) belong to the group of the Seven Mother Goddesses (saptamatrika), the symbol of feminine energy which corresponds to the group of the masculine gods. The cult of matrikas is very old and is obviously connected to the feminine power of giving life. The Mother Goddesses are usually depicted seated or, as in this case, in an elegant ritual dance.