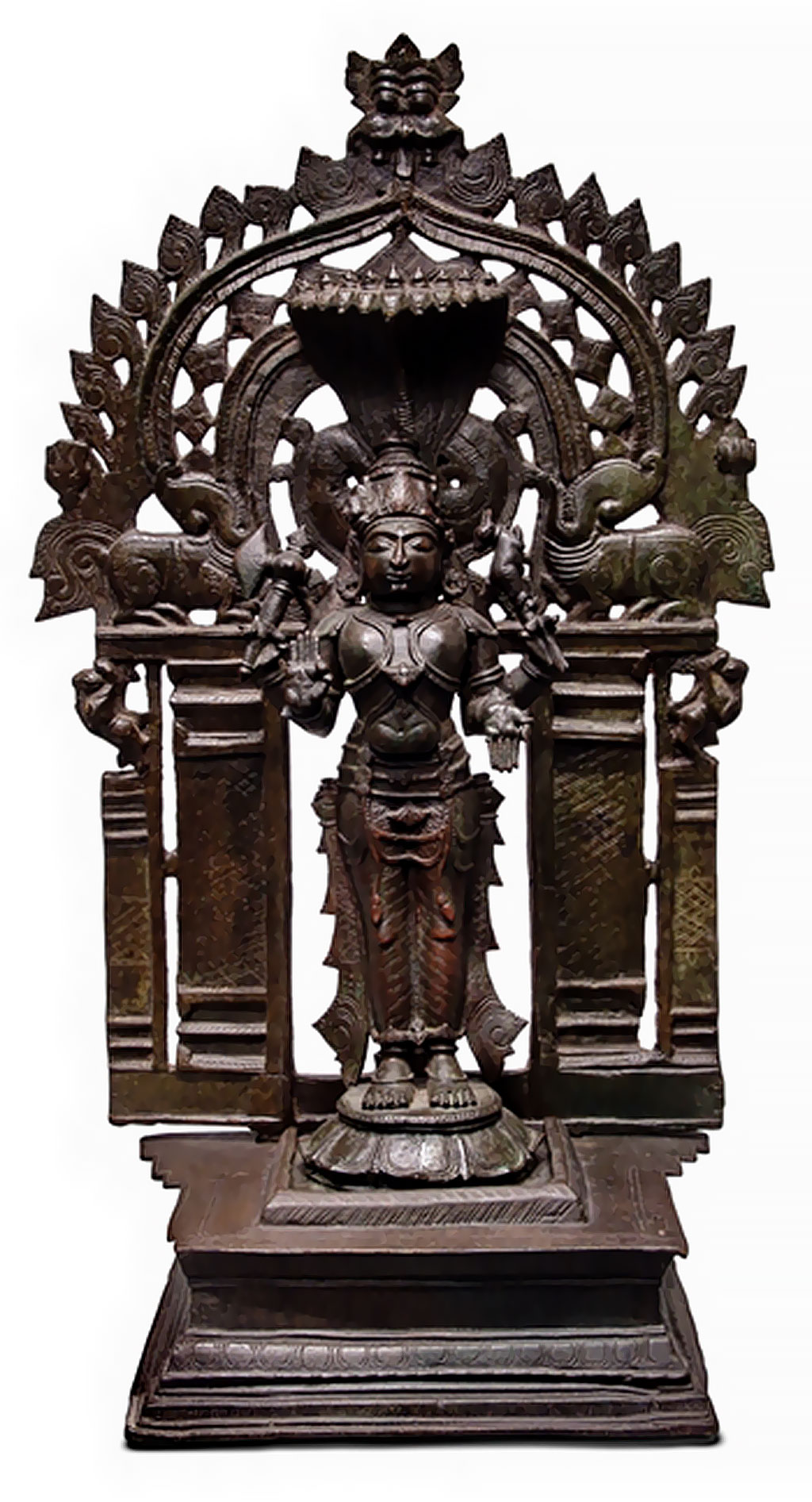 Shiva, standing on a lotus flower, has four arms: the rear ones hold an axe and an antelope, the lower ones are in the gesture of the removal of fear (right) and of compassion (left). From the god’s hairstyle the head of Ganga protrudes, the goddess of the homonymous river. It’s a classical temple image made of three parts: the god’s figure (1) that leans on a square base (2) in which a large stylized arch (3) is inserted (prabhavali) mixing architectural and symbolical elements. In the centre of this arch we see the protective cobra with nine heads, while two makaras are at both sides of Shiva’s head and a vyalais above it. Makaras are mythological animals that symbolize water and fertility while vyala, a mythological animal too, has the head of a lion. Two flaming arches complete the structure. 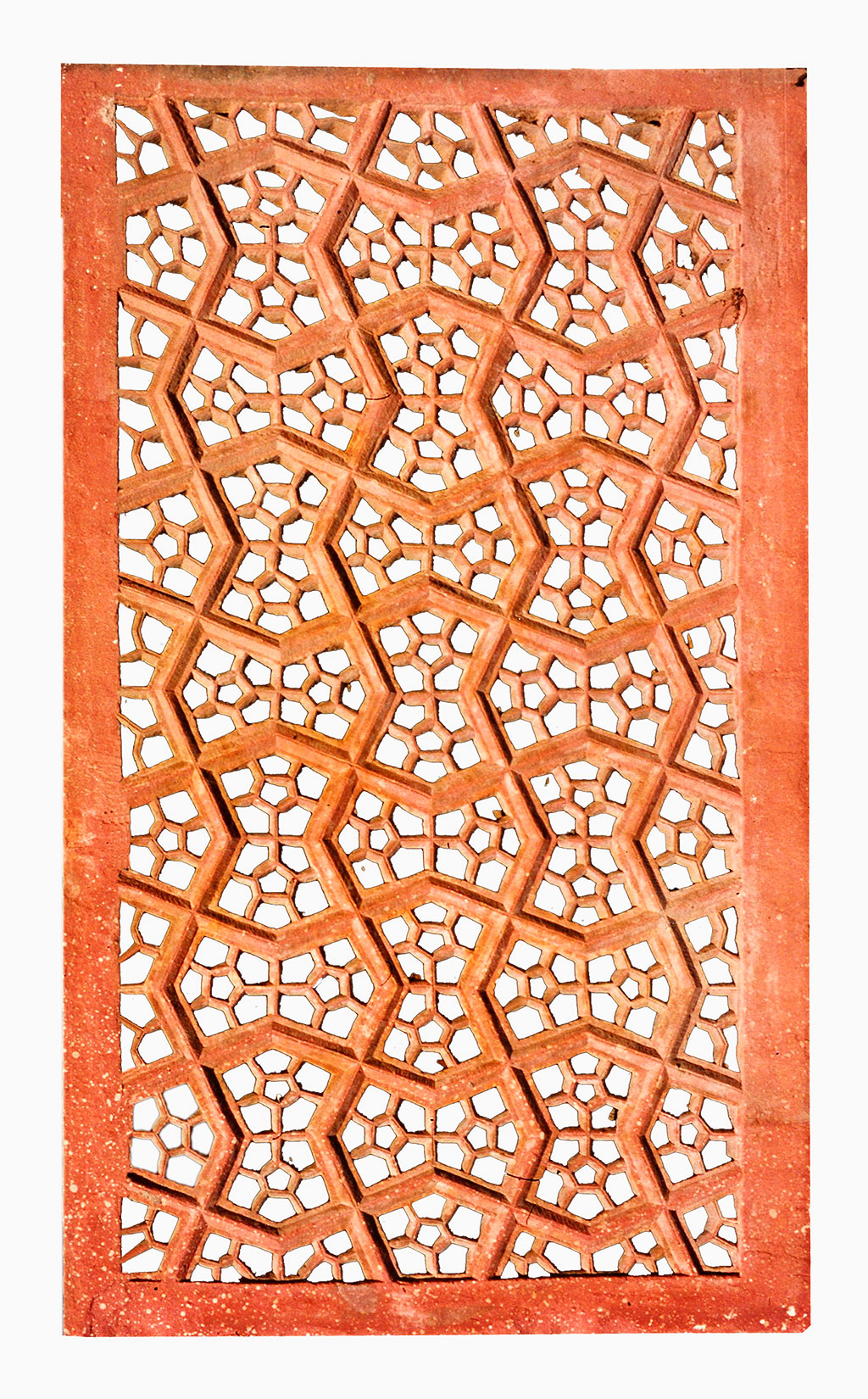