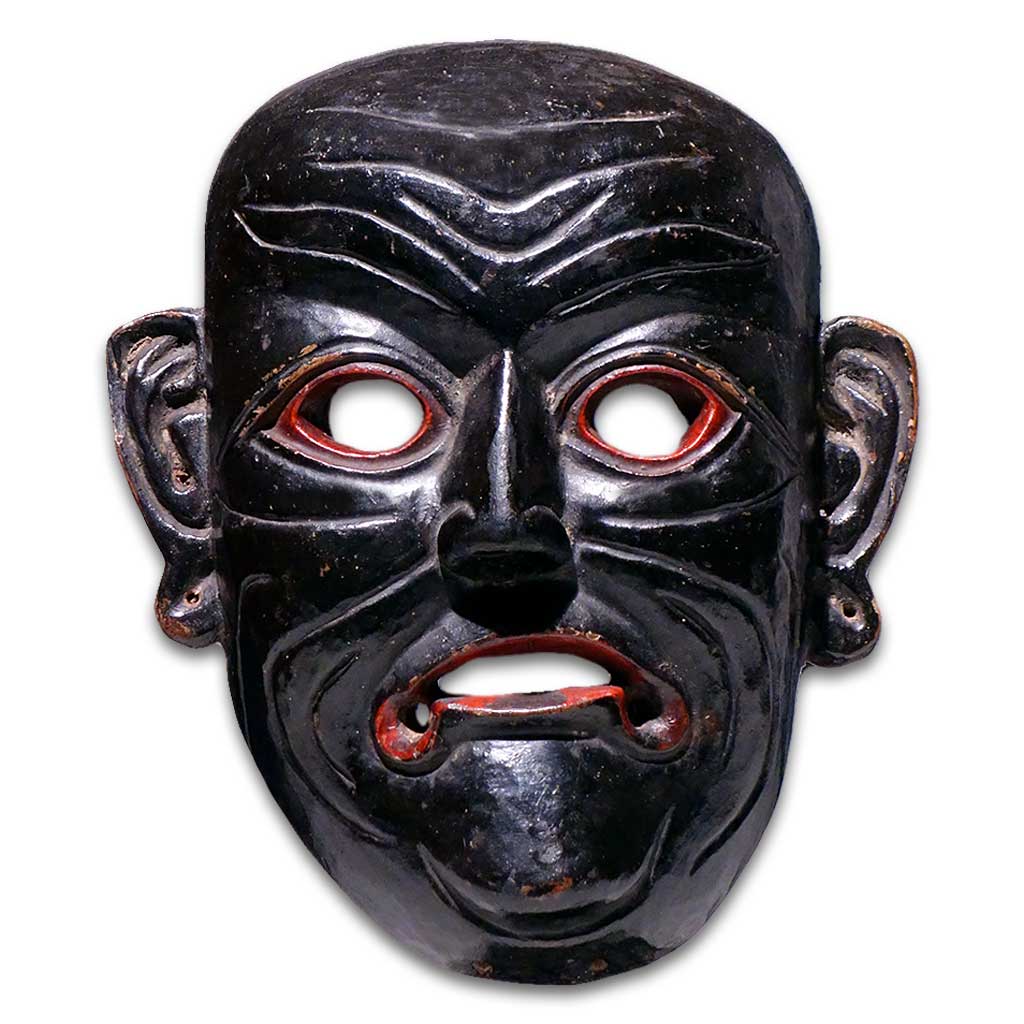 A MASK FROM THE FOLK THEATRE

The myth of the patriarch Apa in the Monpa theatre, an ethnic group of Tibetan tradition, has a significance because it is the symbol of the ethnic identity. Among the various depicted personages are the patriarch’s mask, those of his sons and many other figures of the folk theatre. The Monpa masks are different from the Himalayan (those from Tibet and Himachal Pradesh) “classical” style because of the caricatural taste of their expressions; moreover, they are almost always covered with black lacquer.