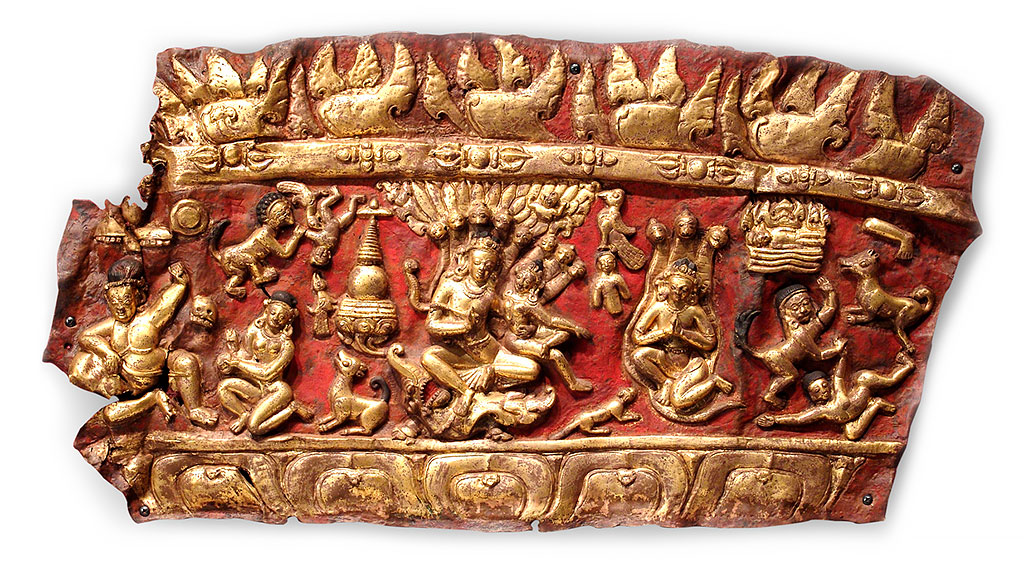 This fragment belonged to the outer band of a large – probably three-dimensional – mandala of the elaborate sort described in Indian tantric texts translated into Tibetan and whose various elements may be easily recognized: the stylized petals of the huge nymphaea which is meant to support the central section of the mandala, below; and the vajra wall surrounded by a ditch of flames protecting the mandala and representing its edge, above. The band between the petals and the vajra wall depicted the eight cemeteries of the Indian tantric tradition, one of which is at least partially represented in this fragment, which suitably illustrates the atmosphere of such places.

The idea of retiring to wild places or wastelands to put one’s concentration to test and to fortify one’s meditational powers is found in several religions and marks the lives of teachers as diverse as Shakyamuni and Jesus. In the Indian Hindu and Buddhist tantric tradition, cemeteries – in particular – have played an essential role in the lives of ascetics: better than other places, they illustrate the corruptibility of the body and allow the practitioner to experience the inevitable decay of beings and things, hence impermanence and the inanity of passions. During the last phase of Buddhism in India, the adepts of tantric schools often withdrew to cemeteries in order to train in complex yogic practices and to achieve miraculous powers. In fact, one of the most famous great adepts of the Buddhist esoteric tradition is shown at the left end of this very fragment: Virupa, portrayed in the well-known episode in which he stopped the sun for two days in order to be able to continue to eat rice and drink wine, which he had particularly enjoyed; the tavern girl is shown kneeling next to him. The king and queen of the serpent deities – who are found in all cemeteries – are shown at the centre of the fragment, sitting in a royal posture under a canopy made by cobra heads; another snake deity under a similar canopy kneels at their side. Real as well as mythical animals are seen roaming and scavenging in the cemetery, dragging, ripping and eating corpses; human limbs as well as a skull are scattered all over the place. A cremation is represented in the right section, whereas a stupa containing the relics of a religious master appears in the left one. Stylistically speaking, this fragment betrays a Newar influence, especially in the softness of the shape and outline of human figures, reflecting the aesthetic idiom of the late Malla period. (Erberto Lo Bue) 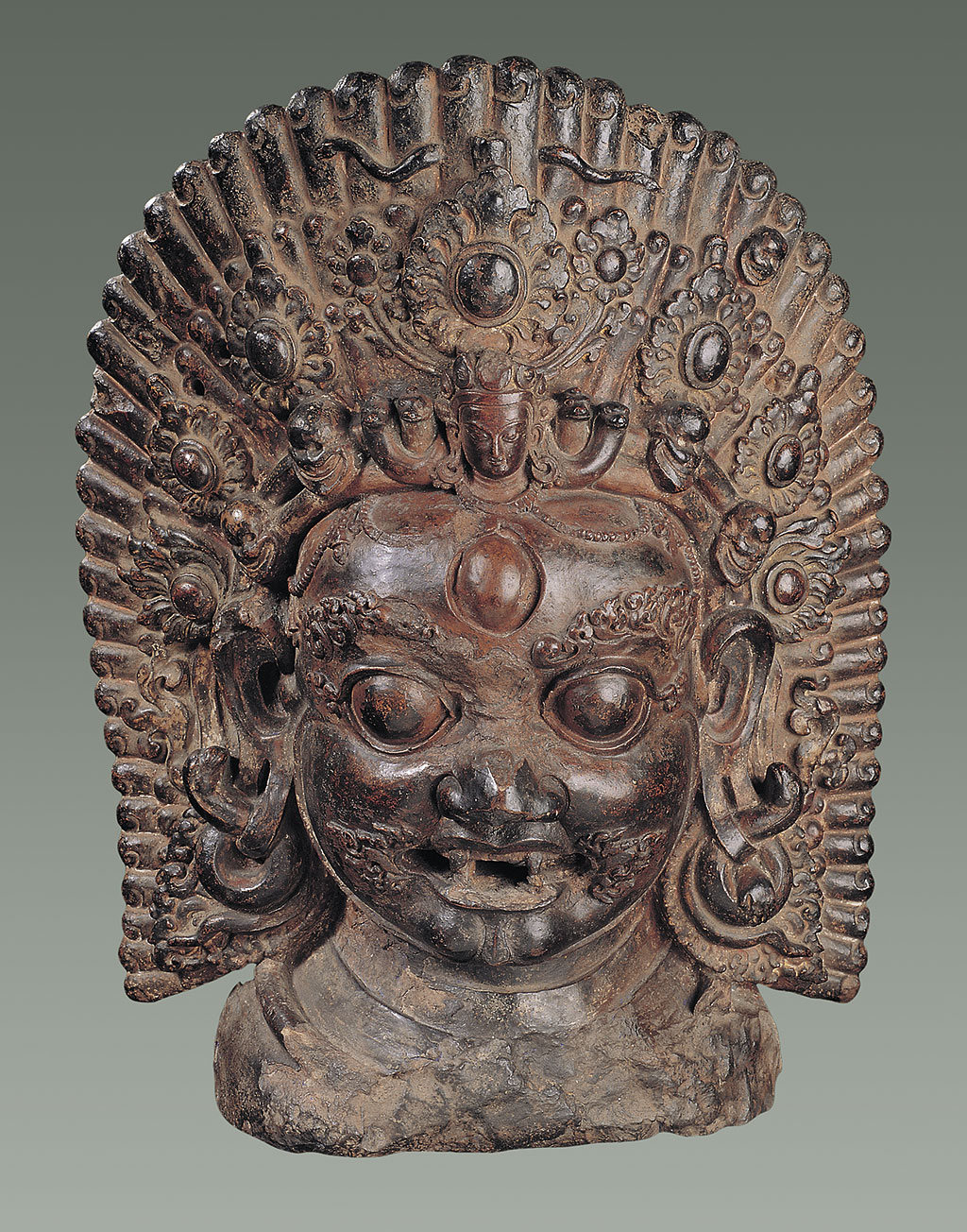