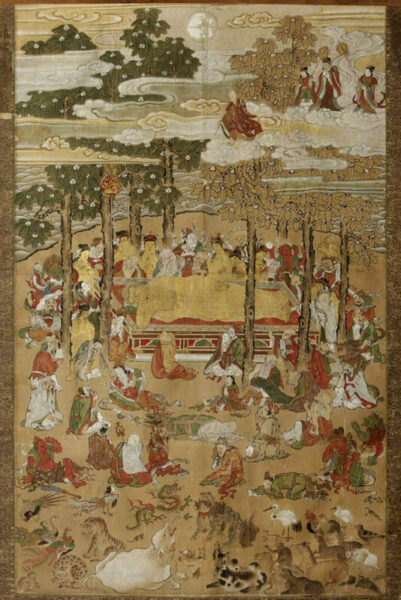 Stretched out supinely in a grove of sala trees, the same type of trees under which his mother had given birth, he entrusted his disciples with the duty of spreading the doctrine.  At the end he reassured those present about the passage into nirvana, he then ceased speaking.

This is an extraordinary Burmese sculpture presenting the Buddha suspended in a timeless dimension, an image of ethereal lightness accentuated by the whiteness of the marble.

Pagan (now Bagan) was the capital of the kingdom of the same name which from the 9th to the 13th century became the religious kernel from which Theravada Buddhism spread out throughout the country. Millions of pilgrims came to visit the temples and monasteries, and their donations made possible the building of thousands of stupas which still cover a large area. The art of this kingdom, initially influenced by Indian art of the Pala dynasty, managed to create a style of its own that slowly turned into the artistic identity of the whole nation. Images of the Buddha and of his life were impressed in molded tiles which pilgrims bought either for their own home altars, or for donation to the temple as ex-votos, or even to be inserted into the walls of stupas on their consecration.

Some of these tiles show with miniature-like accuracy the most significant moments in the life of the Enlightened One, a sort of didascalic illustrations of the Buddhist faith.

From the top to bottom: 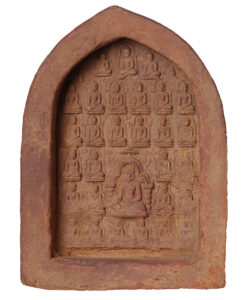 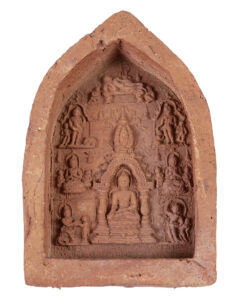 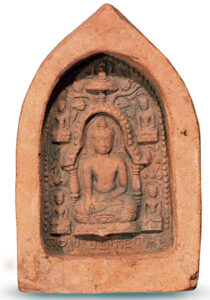 The diffusion of Buddhism in China starting from the early centuries of our era (Western Han dynasty) is also attested by the discovery of celadon ceramic funerary urns in the Zhejiang province. Although they might look like jars with a lid, they really consist of separate elements which are then assembled, glazed and baked together so as to become a single object. As such they were emblematic containers, also called “Urns of the soul” placed in Buddhist tombs.

The interesting thing about these items is no doubt the upper section made of elaborate multi-storey, pagoda-shaped architectural structures in which are inserted Buddha statuettes, praying monks, dancers and players, animals and various kinds of birds and other decorative elements. In this particular case we can see twelve kneeling figurines distributed in four sections. 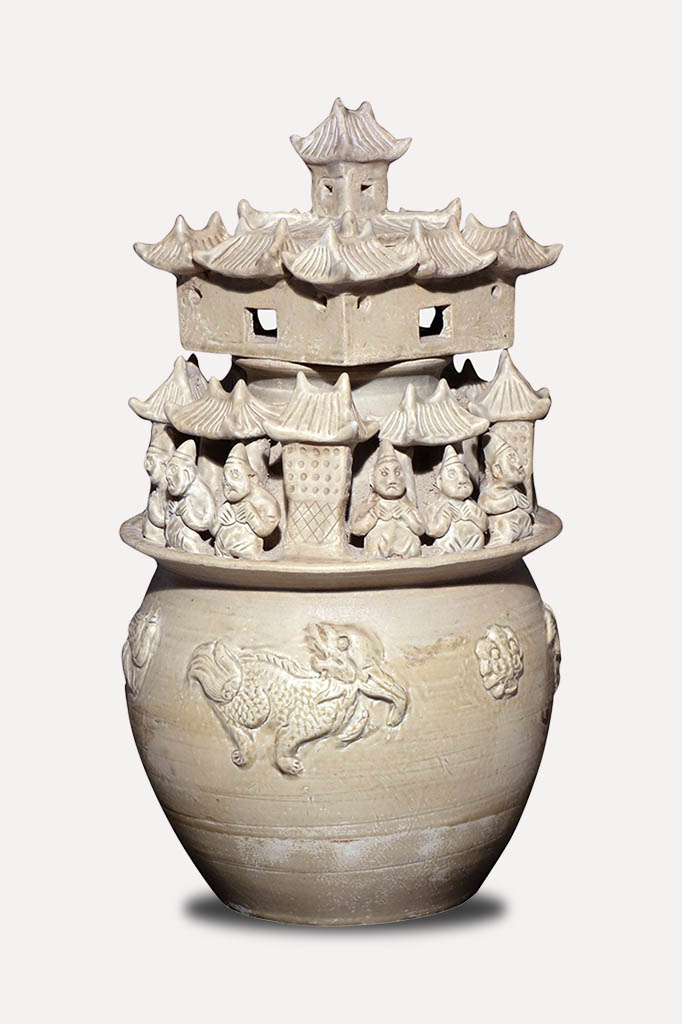 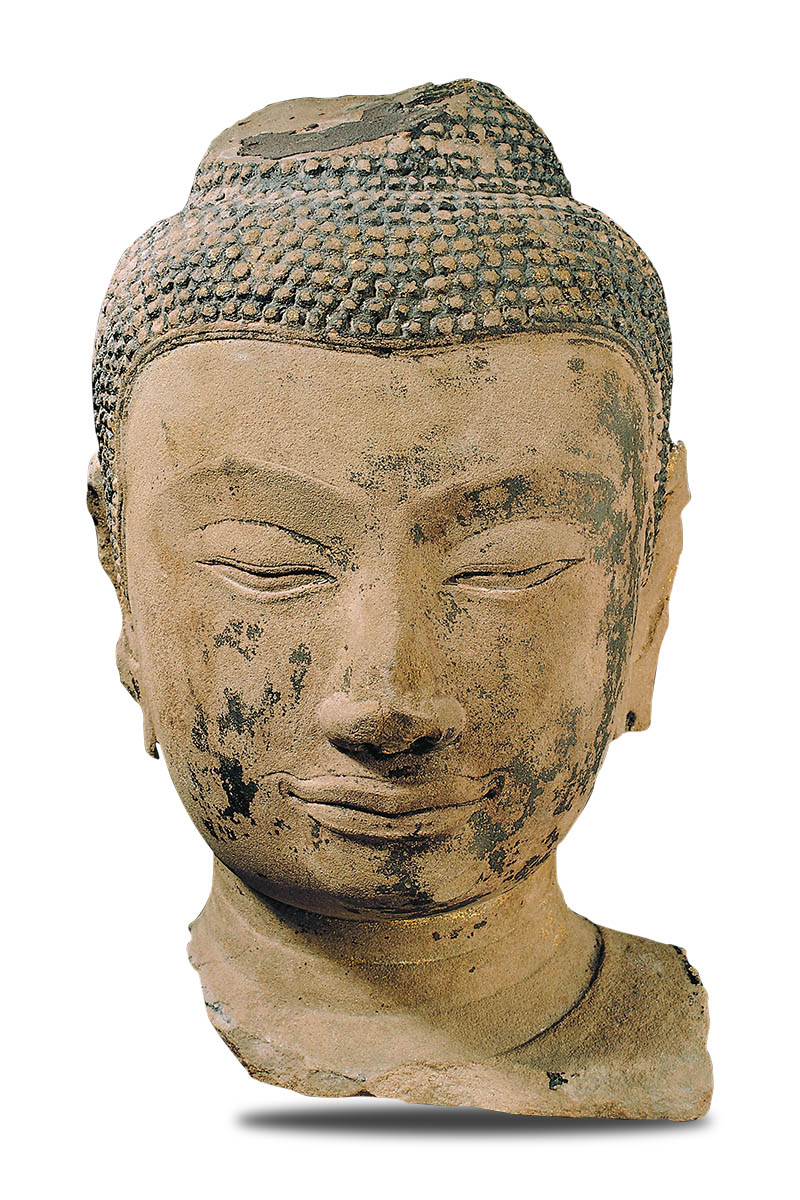 The thin outlines of the lips and eyes and those separating the forehead from the curly hair are typical marks of the Ayutthaya school, whereas the features of the face – round with high cheekbones – recall the images, influenced by Khmer art, in the U Thong style (from the name of the king who in 1350 founded the city of Ayutthaya). The surface of the stone, the typical beige or rose-nuanced sandstone of Thailand, bears visible traces of the original lacquer and gilding. The head is cut neatly under the neck, where it rested on the torso. In Thailand the large statues were sculpted in various pieces, laid one on top of the other, then covered by a thick layer of black and red lacquer hiding the joints and providing a ground for gilding.