After the severe essentiality of “Japanese Bamboo Design” – ongoing until 8th June – for this new edition of “Milano & Asian Art” I have decided to take you into a world which is the very opposite of Japan: the world of Indian folk embroidery. I appreciate the fact that looking simultaneously at two such different, even opposite art forms no doubt requires some mental flexibility. But since life is made of contrasts, you have to consider that the chromatic and descriptive exuberance of these Indian embroideries with their pure colors, pervaded by a sort of horror vacui, faithfully describes the nature of the country and of its people: and so color equates with a warm heart and the multitude of symbols equates with cultural identity. 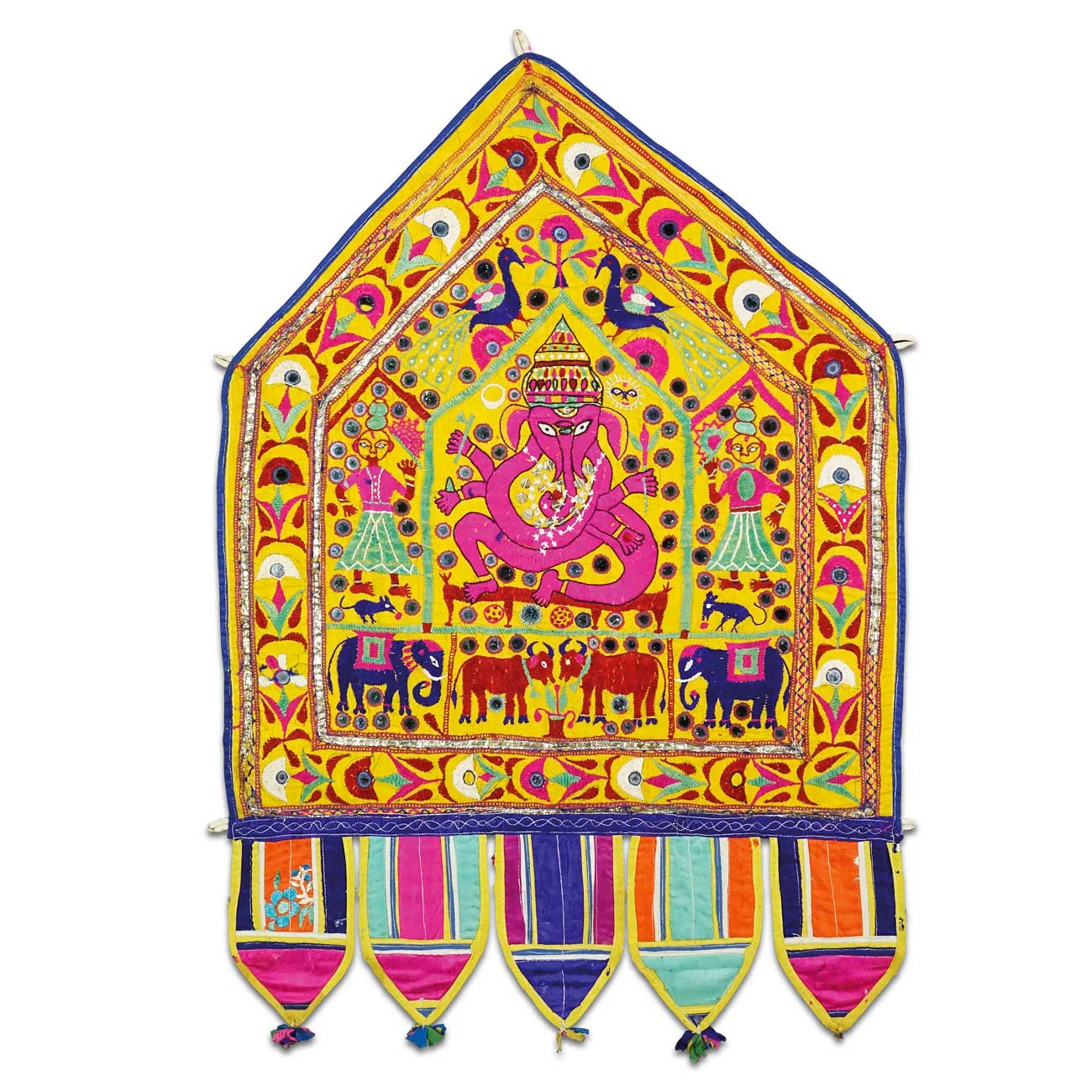 Ganesh Sthapanas come from Saurashtra, a province of Gujarat in west-central India. These square or pentagonal embroidered pieces of cloth are hung above the doors of houses and huts and bear at the center an image of Ganesh, the elephant-headed god widely worshipped in India and known all over the world for helping people to remove obstacles. Ganesh Sthapanas are thus real “embroidered talismans”, for they protect from adversities and propitiate good luck. Women in Indian families embroider them, as they do all other fabrics constituting the precious dowry that a bride brings to her husband’s house. 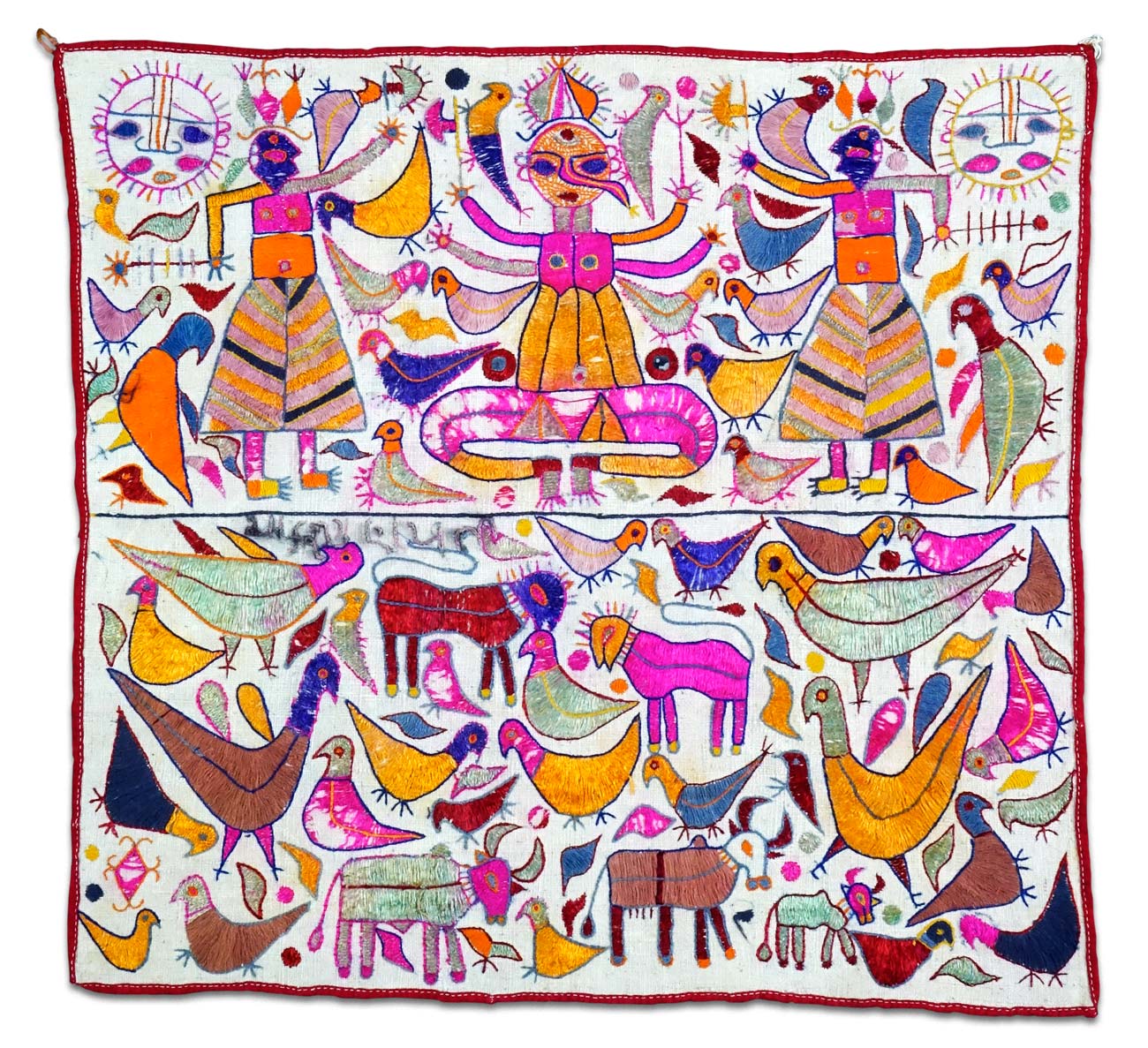 But Ganesh is never alone, so in Sthapanas a potted reproduction of the world of Saurashtra countryside is included: myriads of birds – peacocks, parrots, doves – multicolored flowers and then the elephant, the horse, the bull, the cow, the mouse (the god’s vehicle), and the sun, moon and the lovely Siddhi and Buddhi, the god’s two inseparable consorts. What fascinated me when I started collecting them long ago, between the 1970s and 80s, is the stylized form in which Ganesh is represented, at times even in such an abstract form as to be reminiscent of certain modern western paintings. Every time I bought a Sthapana I thought of the woman who had embroidered it: a simple, often illiterate person, but endowed with the ability to express a century-old tradition with needle and thread, an important part of her historical and personal identity.

The exhibition presents 30 Ganesh Sthapanas of various types and sizes from different areas of Gujarat.